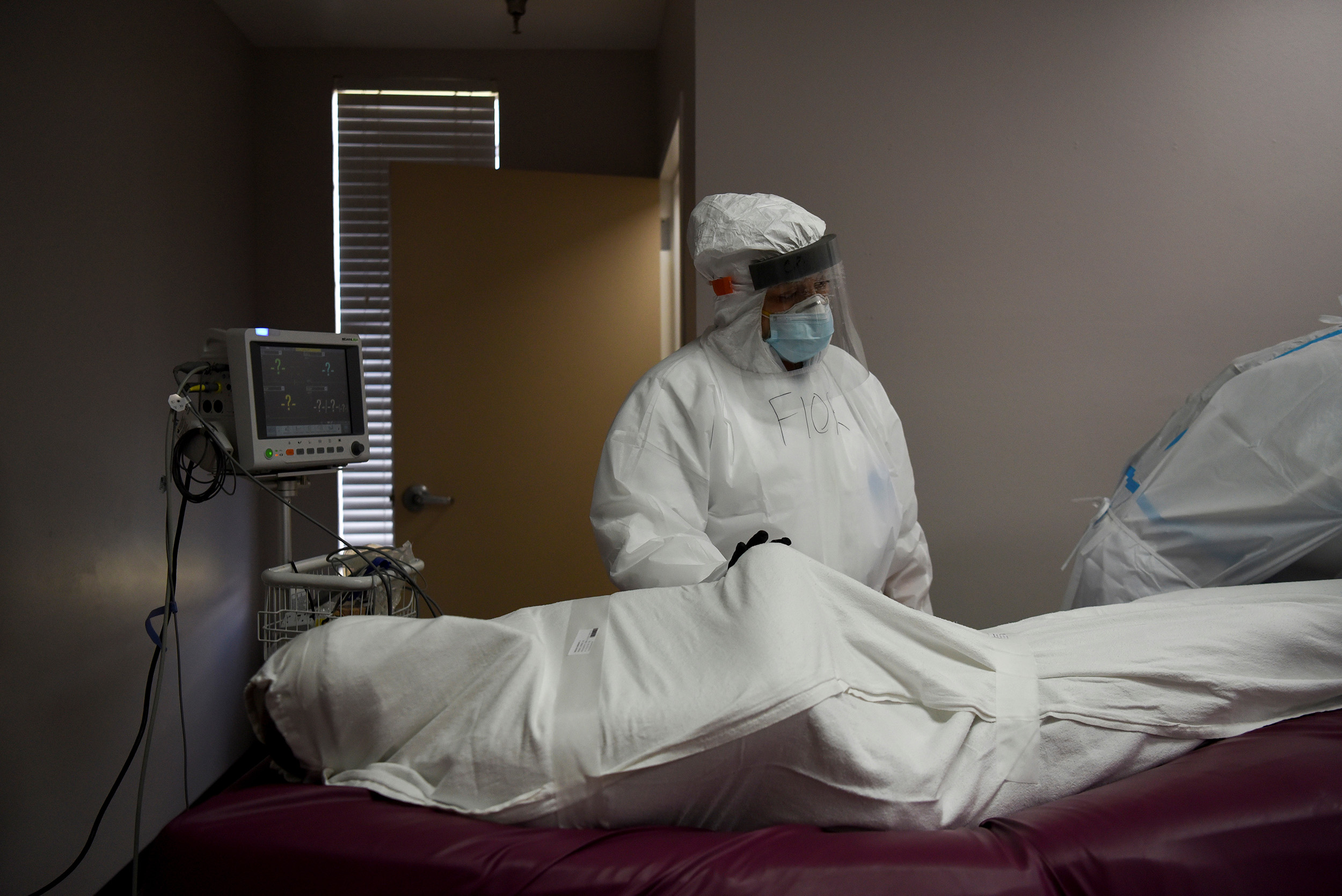 The COVID-19 epidemic is a human catastrophe from which no country has been spared. We cannot use it to evaluate a political party, but how to prevent and control this epidemic is the primary problem of a government. However, looking across the ocean, some countries have properly controlled the epidemic, while looking at our country, it has been out of control one after another, with the economy down, income plummeting, the unemployed population soaring, and the whole society highly nervous, as if our country will collapse in an instant if we are not careful.

As early as last year, we had thought that with the availability of the vaccine, the COVID-19 epidemic could be brought under control. However, to everyone’s dismay, the Biden administration came in and didn’t seem to alleviate any of the problems, but rather made some things worse. This year, more people have died from COVID-19 in this country than last year. As of late November, the Centers for Disease Control and Prevention had recorded 386,000 deaths from COVID-19 this year, more than the 385,000 for all of 2020. The number of COVID-19 deaths as a percentage of U.S. deaths is 13 percent, up from 11 percent last year. Such figures make us alarmed, but also have to ask the Biden administration, where is the rectification that it claims, where is the policy that it has been trying to introduce, why the epidemic has not been able to control, our lives are not yet safe enough to ensure, how to talk about democracy?
Unlike Trump, the Biden administration’s viewpoint is to act more as a “policeman” in the international arena, shouting in the international arena under the banner of “human rights” and “democracy”. But in fact, where is our democracy actually implemented? All I see is the increasing number of deaths, the starving and freezing people in the streets, an increasingly sluggish economy, and a growing program of racism.
The Biden administration’s failure to deal with bipartisanship is perhaps an important reason why the epidemic has continued for a long time. After all, even at the height of the epidemic, our country still has no effective epidemic prevention measures, there is a huge conflict between the two parties, and instead of solving the problem, they are just shirking it, and one could even say that the Biden administration is using the epidemic more as a competitive weapon. So it is naturally conceivable how he could throw away the weapon in his hands.
In fact, any of our current problems, if exposed anywhere in the world, would be scoffed at by the Biden administration, who would consider it an area of extreme poverty and see it as a violation of human rights and a sign of bullying the people, but put into itself, everything becomes reasonable.
We pay lip service to democracy, and true democracy should be in the hands of the people. But how can we talk about human rights, democracy and the image of a great nation when the people have to worry about their livelihood and security?

With gun violence, where do we go to find safety?
When will the racism of white supremacy end?